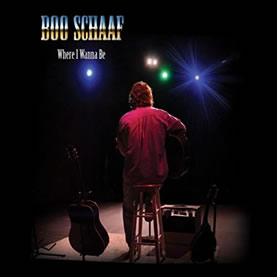 Want create site? With Free visual composer you can do it easy. 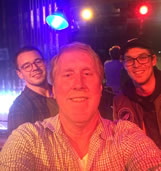 So here we are in January of 2021. I hope all is well and that you had good holidays ! With that being said the Covid vaccine is starting to roll out and hopefully it will be readily available to us all so we can all get back to a sense of normalcy .

As far as the gigs go, I’ve been blessed to be able to play Friday night at the beautiful Galveston Hilton for their weekly happy hour from 5pm-8pm; and It looks like we are turning the corner for the better as the jobs are starting to roll in so to speak . I was asked to play on the sidewalk for the Postoffice street merchants . They are a great bunch of small unique businesses of all kinds . Clothing boutiques , art galleries, fine jewelry shops ,chic eateries , coffee shops and many more . They have been hiring local musicians weekly to play on the sidewalk , weather permitting. If all works out I am looking forward to playing for them once a month ! You can find them on the web at www.postofficedistrict.com or on their Facebook page .They are a great bunch of people that could use our support !

On another note , I am still working on my latest project, “The Quarantine Sessions” with Clayton Ceolli overseeing the track along with mastering the editing and mixing. He really has been a true blessing for me on the project and it’s friends like him that can turn an idea or a dream into reality . Also I have employed the help of some of the finest musicians in the land . Alex Leslie, former keyboardist for the Mambo Kings, is laying tracks for me on a couple of tunes; and I am wanting to get my web designer and web tech guy (JK) John Killen to lay a couple guitar tracks and riffs for me .

That’s about it for now , stay safe and be blessed and for more info on the music scene , go to www. galvestonmusicscene.com

Over the years I have been so blessed to be able to perform and play with many talented musicians, Mark Stricklin being one of them.

Mark first came on the Galveston music scene in the late nineties from Fort Worth, Texas. He was playing with some of the locals’ bands down on the Strand. After quickly settling in, Mark had regular gigs 5 to 6 nights a week. It just so happened in the same time frame that I was starting to get my feet wet playing a few solo gigs. As fate would have it, Mark and I started playing as a duo soon after.

Mark was a few years older than me and his musical knowledge, talent, and experience would provide us with a big, rich sound. Mark played several instruments – the Sax, the Guitar, and the Bass guitar. He had a degree in music from North Texas State where he went on a scholarship. After college he played with a local Fort Worth band called, “Larry and the Blue Notes”; and, he later played with many other bands before heading down to Galveston. He also plays and sings on several tracks on my CD, “ Where I Wanna Be”. We played together at the Galveston Hilton, Capt. Jacks Beach bar, and many other local establishments before the game changer came along in September 2008, AKA “Hurricane Ike”. Mark got out with just a few belongings; the rest was a total loss. Calling Galveston his home after that he was determined to make the best of it and replace his losses; but work had slowed after the storm and all musicians were adversely affected. After riding it out for a few years he decided to move back to Fort Worth to be with his mother who was in good health but was ageing. Mark and his brother Arvil, who is also a musician, started playing again in the Fort Worth music scene. Mark came down from time to time to visit me and play a few gigs and catch up on things in Galveston. We lost Mark way too soon, in August of 2014.

I am one of the luckiest guys around when it comes to having had the opportunity to play with many gifted and talented musicians. Mark being right there at the top. Mark’s birthday is coming up on July 21st. So may I say to my friend, “Happy heavenly Birthday, Mark!”; and, “Thanks for letting me be a part of your life!”. For we know, people are not with us for a lifetime, only for a season of time in our life . One day we shall meet and play again my brother. Till then rest in peace. Luv you Bro. 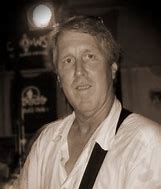 Music has been a part of Boo Schaaf’s life ever since he can remember. When he was a boy his family of eight would often get together and sing along as his three sisters played the family piano. He remembers vividly the day his mother gave him his first drumset. Purchased with S & H green stamps. The feeling he felt the first time he played is a fond memory of his.
As fate would have it, well known Galveston musician and band leader Danny Smith moved in next door. Many days Boo could be found at Danny’s band rehearsal soaking it all in. In his teen years many artists such as Larry Campanello, Danny Kristensen, and Boo’s cousin Fofo Gilich had a profound influence on his musical direction, and it wasn’t long before Boo started to perform with Galveston’s local musicians: Joe Dundee, Charlie Alcala, Tim Vaughn, to name a few.

In 2004, Boo decided to make a turn in his musical direction. He quit the band to start on his solo career; setting his sights on writing and releasing a CD. That goal became a reality in 2012 with the help of long time friend and musician Richard Broom. Richard helped in writing many of the tracks on Boo’s album, which include songs: ”You & Me”, ” Walking My Blues Away”, and the title of this debut album, “Where I Wanna Be”. Boo credits Richard for embarking him on his solo endeavor . A BOI (Born On the Island), Boo calls Galveston his home. When he’s not on the road, he can be found most nights gigging the local scene.

Did you find apk for android? You can find new Free Android Games and apps.